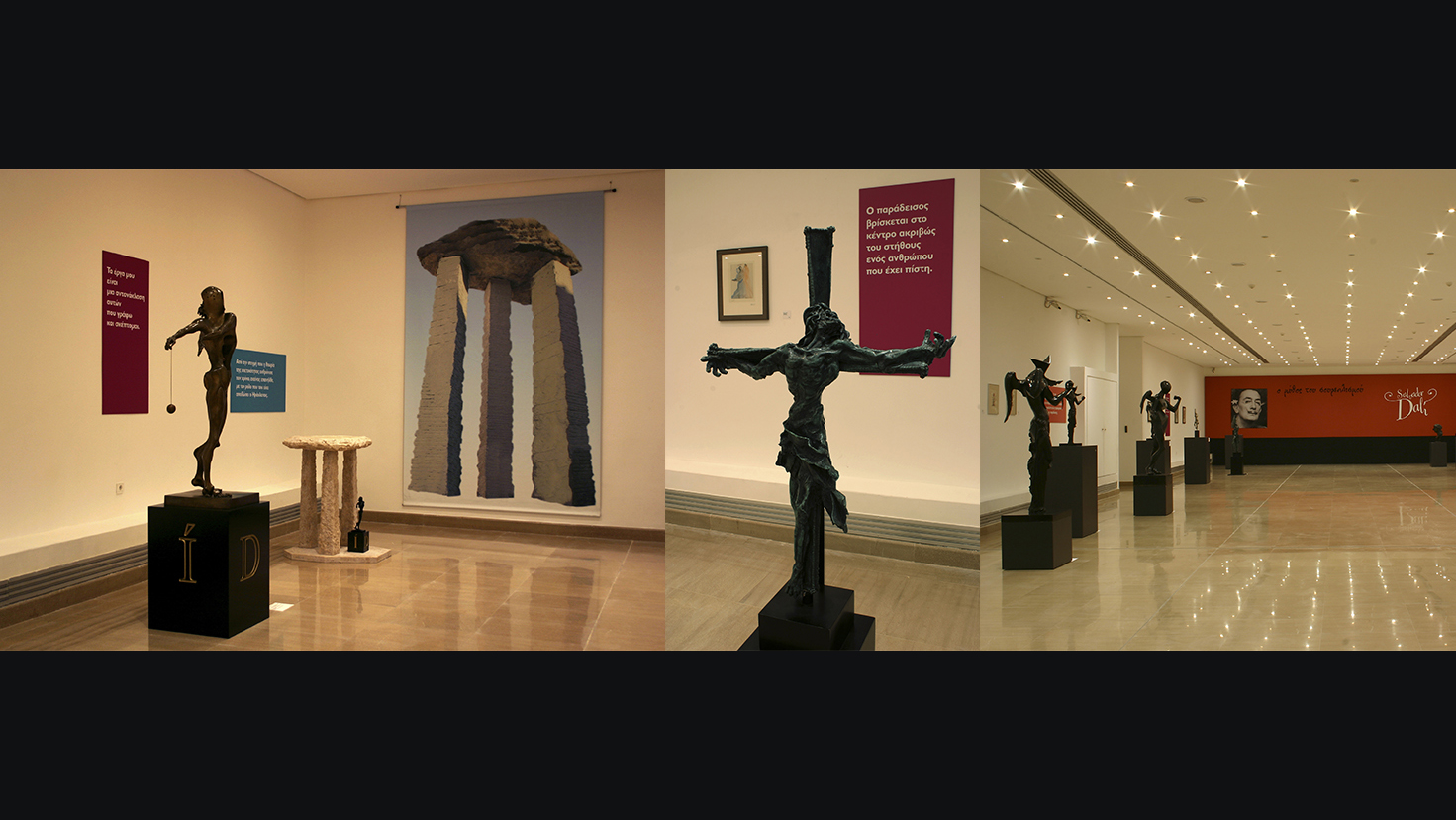 Salvador Dali was born in 1904 in the small town Figueras of Catalonia. He studied in the Academy of Fine Arts in Madrid. It was then that he started to paint his first cubist works. He continued his explorations influenced by diverse artistic movements (impressionism, cubism, academic and realistic studies on German baroque). In 1929 he joined the surrealists and he soon became a prominent figure of this artistic movement. But in 1939 his relation with surrealism was severed. From 1941 on, he was occupied with universal themes, linked to religion and contemporary science. Dali did not confine himself to a single art movement or form, but he evolved continuously as an artist. He created works in almost every field of art, painting, engravings, sculpture, literature, poetry and screenplays, cinematography -he even designed clothes and jewelry.

Surrealism was a literary and artistic movement of the 20th c. It was born in Paris, during 1919-1924, and took its name from the great writers Andre Breton, Louis Aragon and Paul Eluard.

According to the first Manifesto of the movement, it is "psychic automatism in its pure state, by which one proposes to express — verbally, by means of the written word, or in any other manner — the actual functioning of thought. Dictated by the thought, in the absence of any control exercised by reason, exempt from any aesthetic or moral concern." The artists of the movement, writers, poets, painters, sculptors, directors, had formed a totally personal artistic idiom each, having in common the influence of psychology and the inspiration from dream worlds.

The metaphysical aspect of the artist

The exhibition focused on the metaphysical aspect of Dali, a Dali who gives to the everyday life metaphysical dimensions, through objects and images. It is exactly this aspect that connects the artist and surrealism with the Byzantine art. Byzantine hagiography attempts above all to depict the quality, holiness, and not the face, the saint. Correspondingly, surrealists turned dreams into art, bringing to the front the expression and the quality of a person, rather than its actual image.

"I believe in God but I don't have faith"

Salvador Dali, born to a family where the mother was deeply religious and the father an atheist, had a very close relationship with the Catholic Church. Although initially he was an atheist (some of his works are even considered blasphemous), after 1940 he explored his religious roots, and especially Spanish mysticism where religion and science are closely related. His religious explorations were not confined to Christianity. As he stated in an interview "I believe in God but I don't have faith. Mathematics and science tell me that God must exist, but I do not believe it".