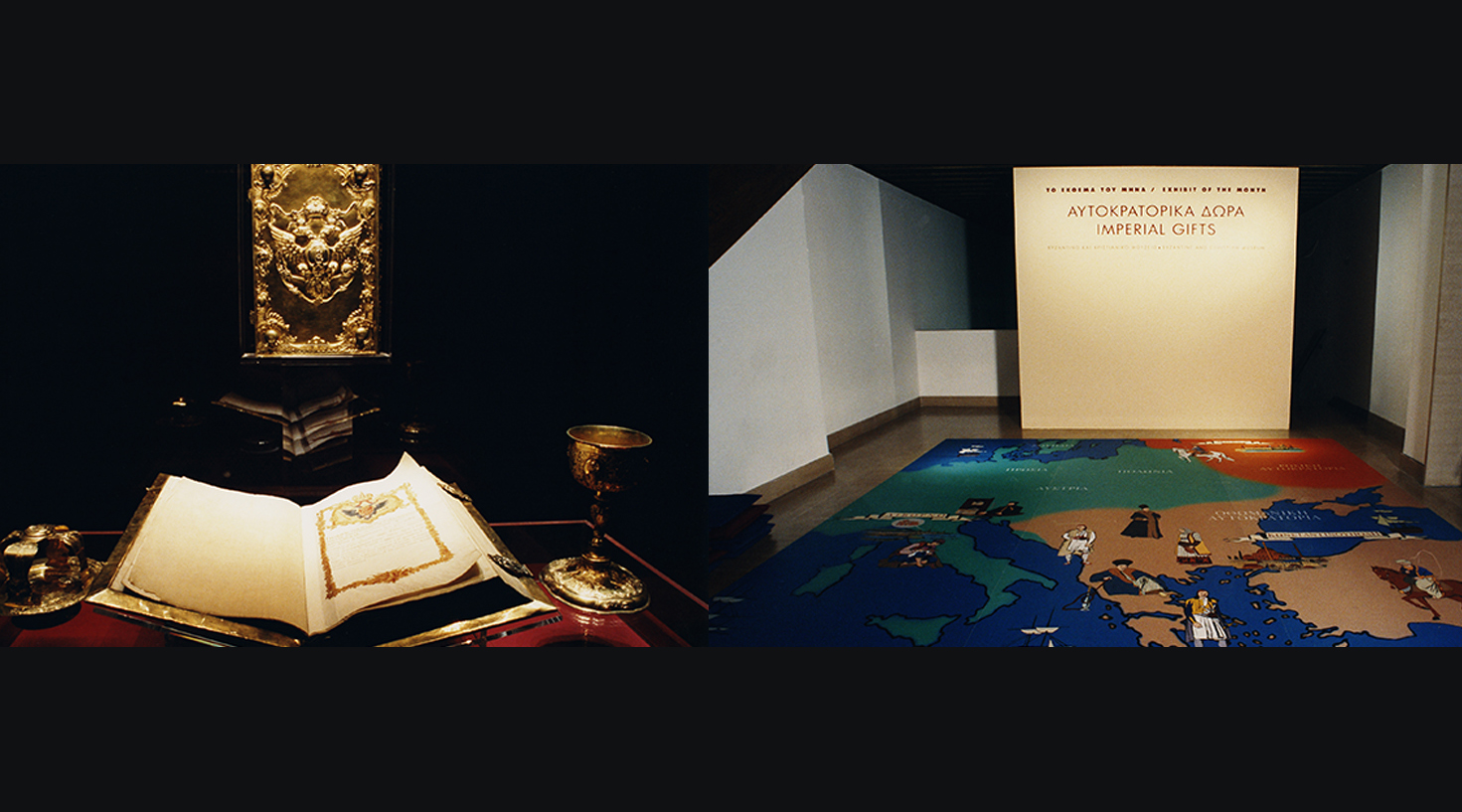 19 May 2000
4 Sep 2000
Exhibit of the Month: Imperial Gifts. Votive Offerings of Catherine the Great to the Greek Church in Livorno. Byzantine & Christian Museum
Ships and Harbours in the Byzantine Museum Byzantium: An Oecumenical Empire

The exhibition focused on the Imperial Gifts that Catherine the Great of Russia (1729-1796) dedicated to the newly established church of Holy Trinity in Livorno, Italy. The choice of this ensemble was not fortuitous. It is of great artistic and historical value, and together with accompanying archival documents and historical information, give a vivid picture of the relations between Russians and Greeks in the 18th c. and of the significant role that the Communities of the Greek/Hellenic Diaspora had.

The Greek Community in Livorno (Italy)

Livorno was the principal harbour of Tuscany from the 16th to the 19th c. Its geographical location and its privileged status as a “free city” (1691-1867), which ensured reduced customs and excise dues, contributed to its development into an important entrepôt centre for a large part of Europe.

Greek merchants and bankers settled to the city from the 16th c. onwards. Their Community was a splendid example of the prosperous Hellenism of Diaspora during 18th and 19th c.

The Greeks in Livorno ran a hospital, schools and Orthodox Churches. The community was intensely interested in the spread of the Hellenic Culture and the education of the Nation as a whole. Catherine the Great, who was trying to expel the Ottomans from European soil, tried to come in touch with the prosperous Greek Community of Livorno. Her supporters, Orloff brothers, who where the protagonists of the conspiracy that ended with her ascension to the Russian throne, to the Russian Turkish war and to the Orloff incident in Greece, came in touch with the rich Greeks of Livorno, who responded positively and bought ships in order to support the Russian fleet.

In this complex and fascinating background of political relationships Catherine the Great would donate precious gifts to the Greek Orthodox Church of the Holy Trinity in Livorno.

From Italy to Greece

At the beginning of the 20th c. after the dissolution of the Greek Community in Livorno the Church of the Holy Trinity stopped functioning. The sacred vessels of the Church then moved to the Municipal Museum of Livorno. In the 1930's, with the intervention of the Ministry of Foreign Affairs and of the Greek Embassy in Rome, ten of them were brought to Athens and were incorporated in the Byzantine Museum's collections.