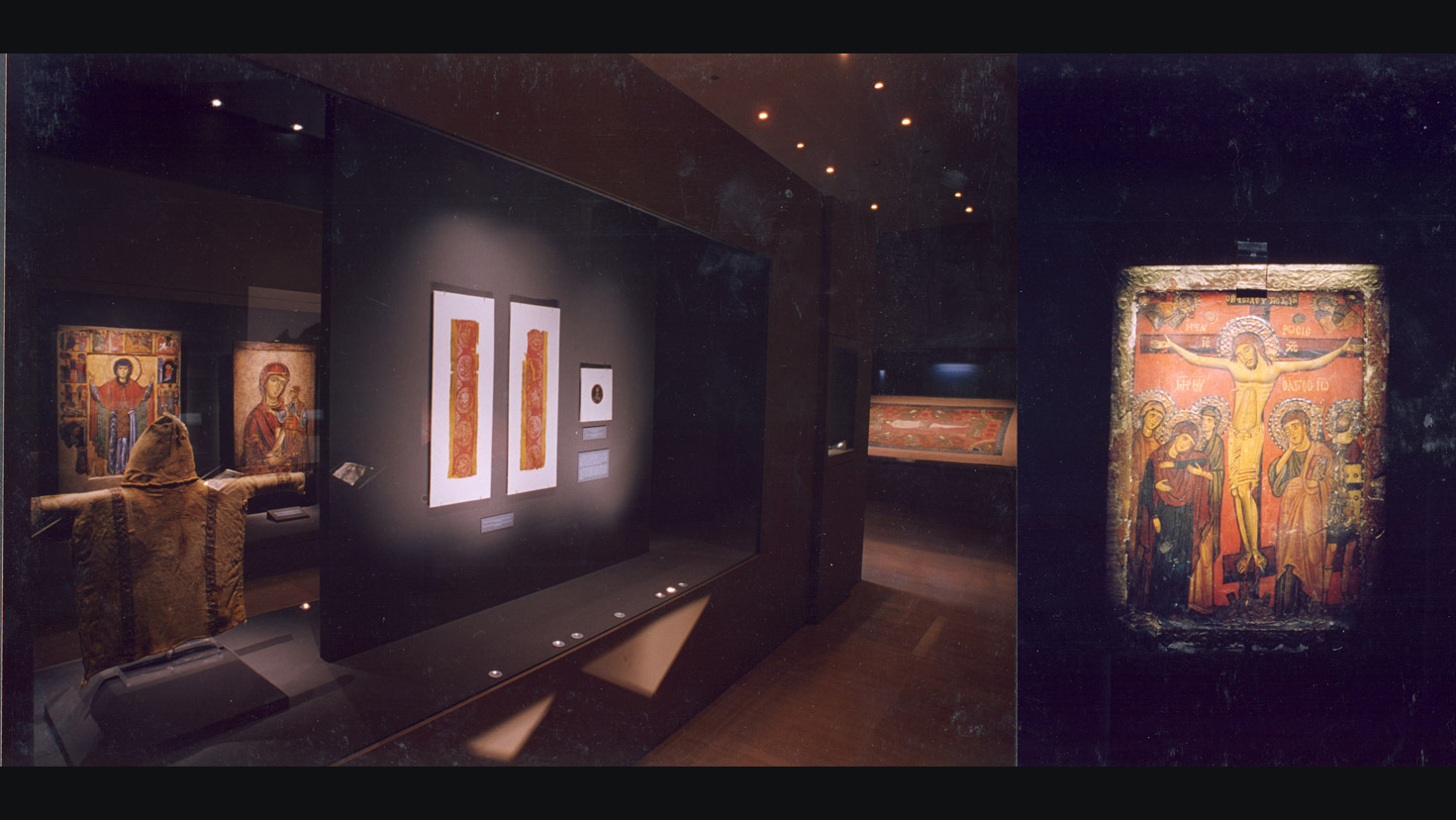 23 Oct 2001
10 Jan 2002
Byzantium: An Oecumenical Empire Athens, Thessaloniki, Mystras
Exhibit of the Month: Imperial Gifts. Votive Offerings of Catherine the Great to the Greek Church in Livorno. From the Christian Collection to the Byzantine Museum (1884-1930)

Discovering the different aspects of the Byzantine world

The articulated exhibition with the general title "Byzantine hours: works and days in Byzantium" was under the general supervision of the Department of Byzantine Museums of the Ministry of Culture. The exhibition comprised of four sub-exhibitions. The one that was presented in Mystras had the title "The City of Mystras", the two that were presented in Thessaloniki dealt with Everyday Life in Byzantium and with Byzantine Fortifications, while the exhibition in Athens focused on the subject of Ecumenicity.

The emperor and the Oecumenical Idea

Already from the title of the exhibition, a question is born: "what did the people of Byzantium perceive as Oecumene?". In order to answer it, the exhibition shed light on the political ideology of Byzantium and its impact on the economy and administration of the empire, as well as on its international relations. According to the Byzantines, the emperor was the representative of Christ on earth, and his power sprung directly from Him. Since Christianity had universal appeal, the same should hold for the emperor's power.