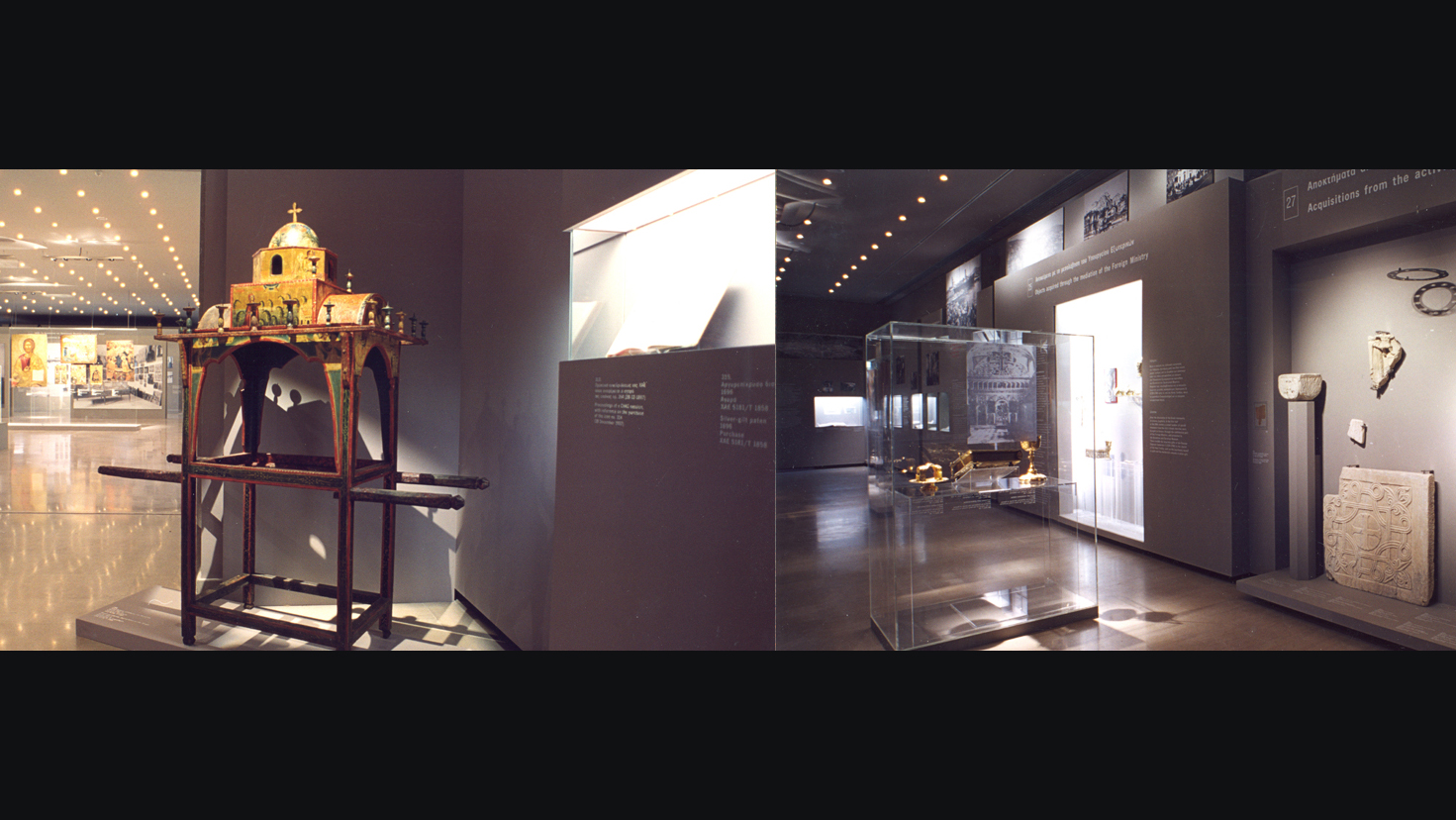 Hundreds of items are narrating the Museum history

In the exhibition “From the Christian Collection to the Byzantine Museum (1884-1930)” more than 700 items were on display: icons, sculpture, works of minor arts, wall paintings, manuscripts, textiles, and ceramics—some of them for the first time. Unique were also the unpublished photographs and the archival documents that were presented; additional information to the visitor was offered by two artistic installations.

This unit presented the foundation of the Christian Archaeological Society and the establishment of its Collection and narrated the leading role that one of its founders, Georgios Lampakis, played on these procedures. Visitors also learned the history of the Society and its Collection/Museum and realized that the history of the Byzantine Museum is inextricably connected to the foundation of the Christian Archaeological Society in 1884.

The Museum of the Christian Archaeological Society was originally housed in 1886 in Philellenon Str, no 24, in a small ground floor apartment of the house of the architect and founding member of the Society G. Zezos. Later, in 1890, it was moved into the building of the Holy Synod of the Church of Greece, near the Church of Hagios Georgios Karytsis. The inauguration took place on March 4, 1890. In August 1893 it was moved to a Hall in the National Archaeological Museum. Finally, in March 1923 part of the collection of ChAE was incorporated in the collections of the Byzantine and Christian Museum.

This unit presented the foundation and the establishment of the Museum from 1914 to 1923, a period during which its administration was exercised by a Supervisory Committee under the direction of Adamantios Adamantiou (1875-1937). Emphasis was given to the direct intervention of the Hellenic State and to the contribution of the Archaeological Service in the making of the collections, as well as to the particular historical circumstances that led dozens of archeological objects from Thessaloniki, and from places outside the Greek borders to end up in the Museum's collections.

Third unit: “1923-1930. The Organization of the Byzantine Museum and Georgios Sotiriou”

The last section was dedicated to the period from 1923, when Georgios Sotiriou took over the Museum’s direction, up until 1930, when the Museum was transferred in Villa Ilissia, its current home. In different sub-units was presented in detail the process of the enrichment of the Museum's collections: purchases, donations, archaeological findings from the excavations that have been undertaken by the Archaeological Service and from the excavations by G. Sotiriou, objects that have been introduced by the mediation of the Ministry of Foreign Affairs, the "Refugee Heirlooms" that came in Greece after the Asia Minor disaster.

Georgios Sotiriou was appointed director of the Museum in 1923. During his directorship the Museum housed permanently to the Villa Ilissia, a complex of buildings near the river Ilissos, which was constructed by the architect Stamatis Kleanthis in 1848 as a winter house of the French Sophie de Marbois-Lebrun , Duchess of Plaisance. Sotiriou, which aimed to make the Museum "the main national museum of Greece", "exemplar Museum for the whole East", organized the permanent exhibition with scientific criteria.

From the museum's collection