In 2005 the largest part of the Collection of the Foundation of I. and D. Passas entered the Museum as a 20-year- loan.

The collection consists of:

a) 580 works of art from Southeast Asia and the Far East. These are statuettes and vases made of semiprecious stones, ivory and clay, porcelain vases and marble sculptures, coming mainly from China, Japan and India.

b) 173 copies of Western European paintings, oil on canvas and wood, probably dated from the late 19th century to the first two decades of the 20th.

c) 90 porcelain works from Western Europe, vases and statuettes mostly, dated from the late 19th to the first half of the 20th century. Among them there are copies that reproduce original products of some well-known porcelain factories in Europe (Meissen and Sevres), or original works made by German (mainly) porcelain factories (Dresden, Altest Volkstedt). 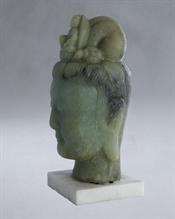 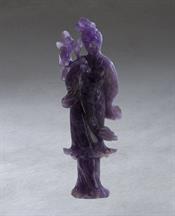